Sometimes, it’s nice to remember I have some skills. For example, I woke up one morning with an idea for a little application that would be helpful for me learning Japanese. I then went to my computer, and about 4 hours later, I had that app.

A little background: I’ve been learning Japanese on and off for, oh, roughly the last decade. Recently, I’ve been a bit more on top of it because my trip to Japan earlier this year. It was a fun trip and I ate lots of good food, but I felt it would have been so much more fun if I was more comfortable with my Japanese.

I’ve been using several apps for studying Japanese online: Wanikani, bunpro, and real kana being the three main ones. Japanese has two main “alphabets”, hiragana and katakana (collectively called “Kana”), plus a third, character-based set called Kanji. Wanikani helps with the kanji, and real kana helps with the individual kana, but I felt my ability to read kana words was still lacking. I could identify individual characters and sound it out, but words took embarrassingly long time to sound out. By the time I’d finished the word, I’d forgotten what the first sound was. It’s the equivalent to seeing an English word and sounding out each letter. That works fine for “hello”, not so much for “antidisestablishmentarianism”

So the Monday of Labor Day weekend, I woke up with a thought: I’d love to have an app like real kana, but where it had a bunch of kana all in a row, so I could practice sounding out multiple characters. And since I’m doing that, it should be Japanese words, so I can maybe pick up some vocab as I practice my reading. And that’s how Kana Reading Practice came to be.

The concept is pretty simple: A Japanese word appears in hiragana or katakana. You then write the romaji (English letters that represent the sound it makes), and press enter. If you’re right, it goes to the next word, if you’re wrong, it lets you try again.

You can see the answer for a specific word, skip the word entirely, and toggle whether the meaning of the word displays or not. I did this, because sometimes I could read the English word from the corner of my eye, and since I knew the word in Japanese, I wasn’t actually reading the kana. For example, I was just remembering that “this” was “kore”, as opposed to reading the kana.

Right now the site is just a glitch site, not hosted on a heroku app or stand alone website, because I’m not entirely sure if it needs it. Right now, I’m the only one to use it, and I’m perfectly content to wait a few seconds for glitch to wake up before I practice. This also gives people the chance to look at and remix it with minimal effort. Glitch lets you push to GitHub repos, so it’s on my account as well: https://github.com/Dthurow/kana-reading-practice. Below are some screenshots to show off my handy-dandy app. 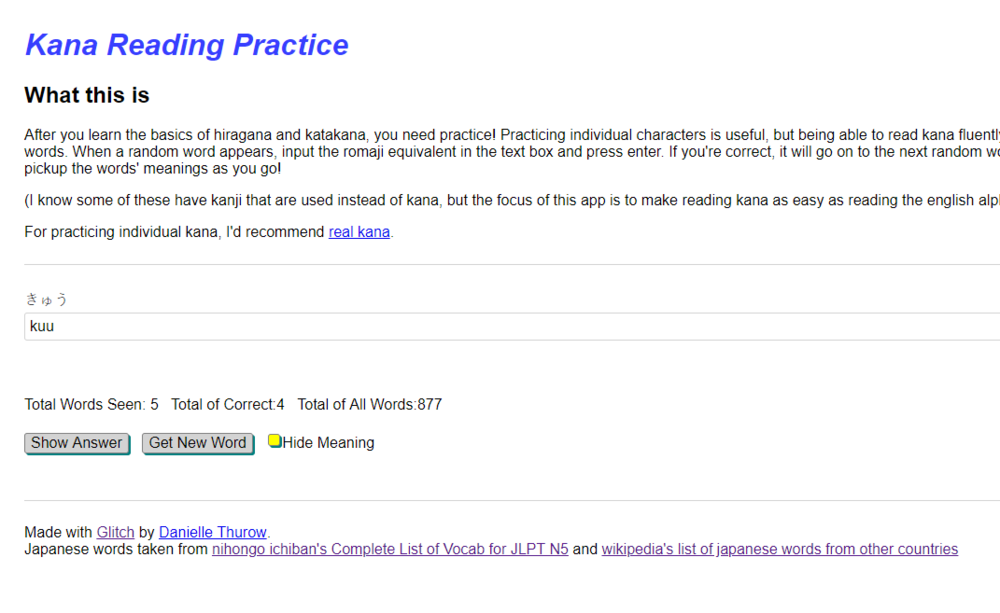 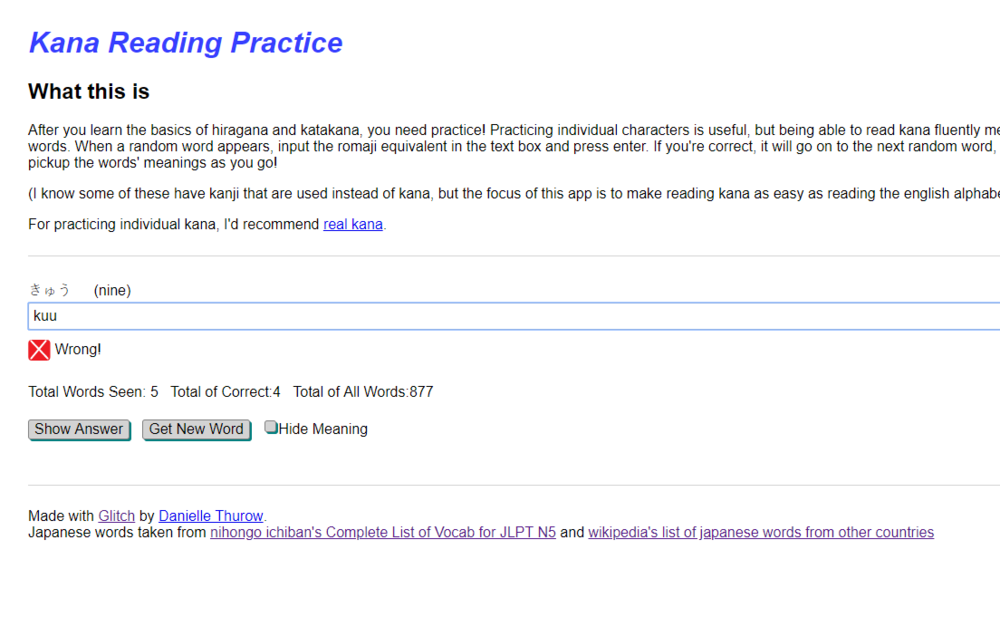 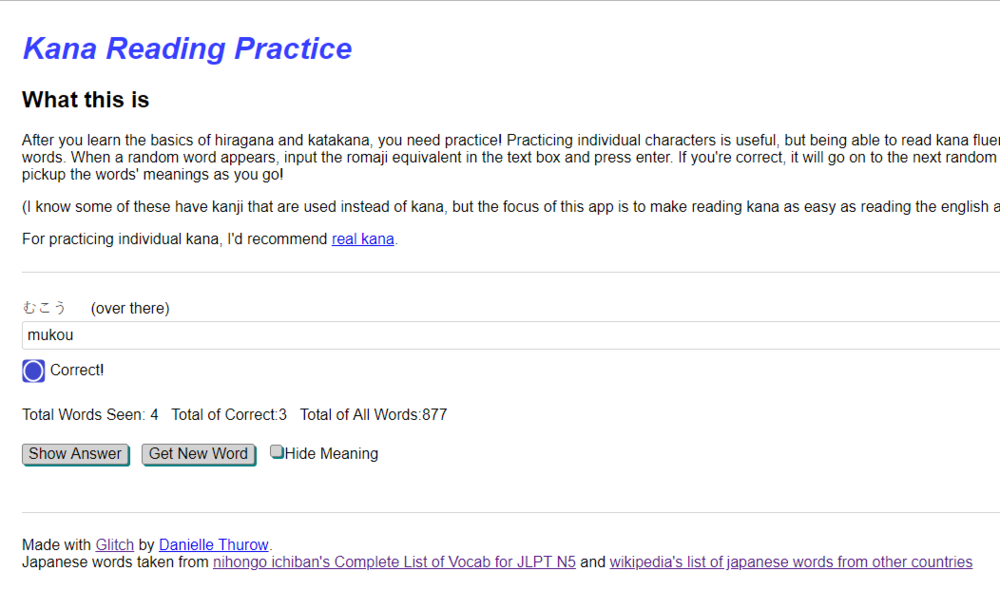